A forum dedicated to the young mothers of the world. Come here and let this be your safe haven of information, help, support and friendship.

Does anyone watch this....?

Does anyone watch this....?

The Secret Life of the American Teenager

Hubby and I have been watching this, I was excited for it to come on and it's been pretty interesting.
So far this is what I have to say..

-The main girl SUCKS at acting, like, really bad..
-It's WAY too much like 7th Heaven, and I realize they're both done by the same people but come on...
-It's too unrealistically religious and sexual, I'd like to know what kinda frickin high school the writer's went to because I've never seen one quite like THAT.

I do like all of the characters and the actors, and I was especially glad to see Molly Ringwald doing something new. I'm really anxious to see next week's episode! 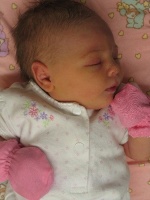 Well the season finale came and went, and I must say it didn't leave me with any lasting impressions. It's very much an overly dramatic portrayal but I still enjoy watching it.

I feel like I watch it from how much you talk about it...
But no, I don't

BECAUSE YOU WILL EARN MONEY!!!!!